A while back we moved to an area that took us 2 hours distance from my family and friends. I survived the first two winters, but this previous one was just too long and lonely. I was ready to meet and make new friends when I discovered the Meet-up website, where you “find your people” and meet-up with like-minded groups for just about anything! What a fantastic concept and opportunity; if you can’t find a group that shares your interests, you can certainly create one.

I found a few groups that interested me, including a “table tipping” Meet-up that met on a weekly basis. I’ve heard of table tipping although I thought it was an old-fashioned term used by 19th and 20th-century spiritualists. 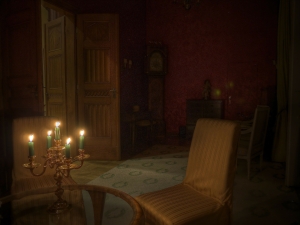 Table tipping, also known as table turning, table tilting, and table lifting, was (and still is), used to communicate with spirits. Participants, or sitters, would put their hand or hands on the table, and when it started moving, that would indicate that spirits were present. When the spirits are asked (yes or no) questions, the table might move clockwise for yes, and counter-clockwise (or become still) for a no answer. Tables might also rise on one leg or completely levitate, then come down to tap or knock on the floor. (Table Turning; Llewelyn)

Other types of spirit communication are the so-called “game” Ouija, homemade spirit boards, the box (yes/no answers, hands lightly upon a shoe-box size box), and also mediums and trance channelers.

On occasion, apports might come through from the “other side”.  Apports, as defined by Wikipedia, “…is the paranormal transference of an article from one place to another or an appearance of an article from an unknown source that is often associated with poltergeist activity or spiritualistic séances.” If you’ve seen the movie Poltergeist (1982), you saw apports come through in the scene where several items fall through the ceiling, which appears in this film as a vortex of energy.

At my first table tipping session, the table began to move almost immediately once we settled in the completely darkened room. The group host made a statement of our intention and a sort of prayer where he asked that only spirits at our energy level or higher were allowed to come forth. It was a little scary to me too because I was among nine total strangers, the room was pitch black, and I just didn’t know what to expect.

During the two hour session, the table would move slowly at times, and at others, wildly circling and seemingly pointing to someone in answer to questions. I didn’t see any lights flashing, but unless my eyes were playing tricks on me, I was aware of lightly luminescent blobs of energy swirling overhead, and I thought I saw dimly glowing arms touching the table. I wasn’t sensing any malevolence in that room or the people, but it took every ounce of determination and bravery to remain in that place.

In honesty, I can’t say I am 100% convinced that the moving table was the spirits attempted communication with us. Even if they believe their experience is genuine, the phenomenon known as ideomotor effect states that it is possible to move muscles without consciously doing so, and therefore, it is possible to believe wholeheartedly that the table is indeed moving with spirit involvement. Maybe, maybe not. That too is a theory.

Historically, there were some reported spiritualists and mediums caught in the act of fraudulence and hoaxes. Harry Houdini made it his business to debunk them, and is quoted as saying, “‘Please understand that, emphatically, I am not attacking a religion,’ he said. ‘I respect every genuine believer in spiritualism or any other religion … But this thing they call spiritualism, wherein a medium intercommunicates with the dead, is a fraud from start to finish … In thirty-five years, I have never seen one genuine medium.’” (Harry Houdini by Adam Woog; Lucent Books 1995)

Whether sitters or spirits are moving planchettes, boxes or tables, I believe it is natural that spirits are not as far from the living as it seems. I fully believe that spirits communicate with us in ways we can detect. But I think it’s important too, to exercise caution, remain skeptical and protect yourself from anything less desirable. Just in case.

Finally, here are a few books that look interesting. I am currently reading the Peter H. Aykroyd book which I borrowed. (Thank goodness for libraries; I’ve saved at least $40 this month borrowing instead of buying!) 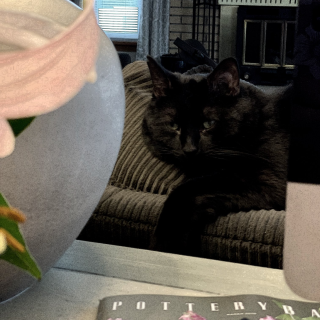